Please view the main text area of the page by skipping the main menu. 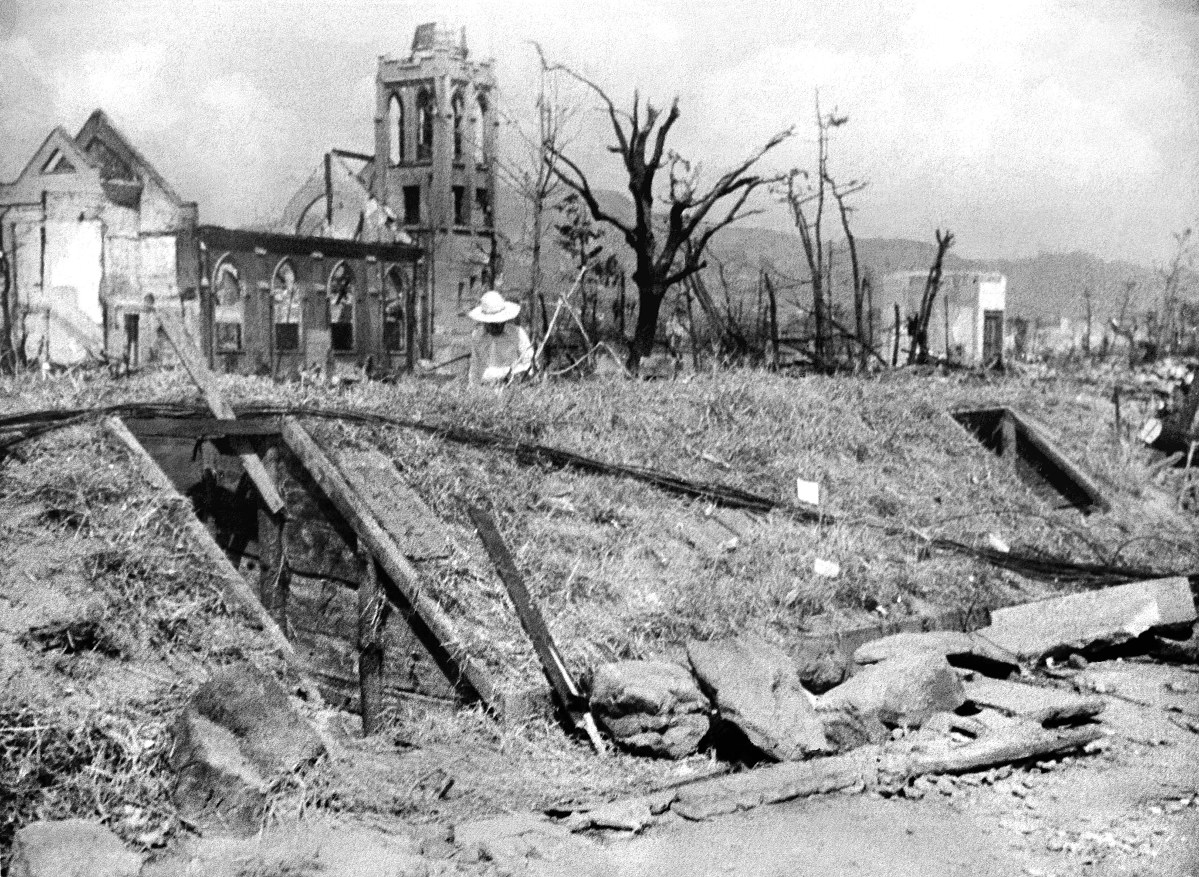 Three days after Hiroshima was annihilated by the atomic bombing on Aug. 6, 1945, in what became the first nuclear attack in human history, a Mainichi Shimbun reporter took pictures of the bombed areas, capturing the devastation that must be passed down to future generations as the starting point for the drive toward nuclear abolition.

Among the 40 photographs that the reporter, Yukio Kunihira, took in Hiroshima on Aug. 9, 1945, at least 17 locations have been identified with the help of the Hiroshima Peace Memorial Museum. Based on the findings and other data including the company history of the Mainichi Newspapers, the Mainichi Shimbun tracked down the route that Kunihira followed that day.

Kunihira, then a reporter with the photo department of the Mainichi Shimbun Osaka Head Office, was assigned on Aug. 7 that year to cover the aftermath of the atomic bombing alongside a reporter from the city news department. The two left Osaka Station on the morning of Aug. 8 and arrived at Hiroshima Station shortly past 10 a.m. the following day.

The station, still fresh from fire damage from the bombing, was located 1.9 kilometers east of the hypocenter. From there, Kunihira headed southwest along the streetcar line, and came to the western end of Kyobashi Bridge across the Kyobashi River. He apparently shot seven serial photographs from that point, capturing the city reduced to ashes and the mountains afar.

En route to the Hiroshima Higashi Police Station, where the functions of the Hiroshima Prefectural Government were temporarily relocated, Kunihira ran across Katsuro Sakata, then head of the Mainichi Shimbun Hiroshima Bureau. Sakata was unscathed as he was on his way back to Hiroshima from Kumamoto where he had evacuated his family when the atomic bomb exploded in Hiroshima at 8:15 a.m. on Aug. 6.

Kunihira then headed to the Mainichi Shimbun Hiroshima Bureau located along the Motoyasu River after taking the photographs of buildings including the Fukuya department store. At the Hiroshima Bureau, just 290 meters south of Ground Zero, Kunihira saw a message scribbled on a garden stone with cinders, which read, "If you need anything, please go to the temporary prefectural government office."

Point 3: 450 meters from the hypocenter

Point 4: 300 meters from the hypocenter

After walking down streets near the Kamiyacho intersection and Tokiwa Bridge crowded with evacuees, Kunihira traveled back to Osaka.

The nuclear bomb completely destroyed almost an entire 2-kilometer radius zone from the hypocenter. A 1971 book on the Hiroshima atomic bombing published by the Hiroshima Municipal Government describes how the city was like three days after the bombing, saying, "By around this time, the blazes had largely been extinguished, and obstacles to major transport systems had tentatively been cleared for services to resume, but much work had still been left to accommodate patients and dispose of corpses."

Full-scale relief and restoration work began on Aug. 7, 1945, at the initiative of the Imperial Japanese Army. On Aug. 9, Hiroshima Electric Railway resumed streetcar services in part of a section in the western part of the city. The Bank of Japan Hiroshima Branch resumed services on Aug. 8 and provided temporary services for other banking institutions as well.

According to the Hiroshima Peace Memorial Museum, major thoroughfares captured in the photographs had been mostly cleared but the streets near the hypocenter were filled with debris, hampering traffic. Passersby were neatly dressed in general, with some holding parasols over them. They are believed to be the people who rushed to Hiroshima from distant areas to search for relatives.

Due to the residual radiation from the atomic bombing, those who entered the 2-kilometer radius zone from the hypocenter within roughly 100 hours after the bombing and later developed cancer are almost automatically recognized as having developed atomic bomb diseases.

Kenji Shiga, director of the Hiroshima Peace Memorial Museum, said, "We are looking for photographs from that time all the more because we are still not sure what exactly happened the moment the atomic bomb was dropped on Hiroshima. I take it seriously that we are able to identify the locations and time those photographs were taken thanks to people who have preserved them with proper records and have passed them down." He added, "As the number of people with first-hand knowledge of the immediate aftermath of the bombing is on the decline, it's now or never to preserve their memories."